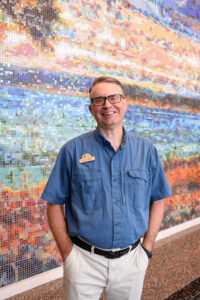 Director Eric Lashley has announced he will retire Jan. 29 to become executive director of Central Texas Library System. Lashley played a key role in opening the new library in 2007. He was also instrumental in the creation of:
Library Services Assistant Director Sally Miculek will serve as interim director while the City conducts a search for a new library director.
Find out more here.