Winner, National Medal for Museum and Library Service (2018)
On May 1, 2018, the Institute of Museum and Library Services announced that the Georgetown Public Library is a 2018 National Medal recipient. Library Director Eric Lashley and other library and community representatives as well as Texas State Librarian Mark Smith will travel will travel to Washington, D.C. for the medal ceremony to be held on May 24. Read more about the medal and ceremony here. 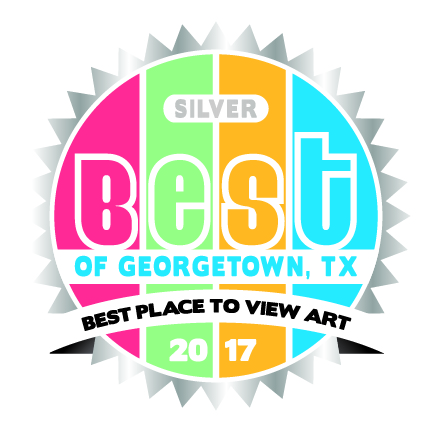 Best of Georgetown Award (2017)
Local residents vote for their favorites in Georgetown Convention and Visitors Bureau’s annual contest. The library has won many times over the years in different categories. In 2017, the library was awarded:
*Best Place to Take Kids (Gold)
*Best Place to View Art (Silver)
*Best Meeting/Event Venue (Silver)

Award of Excellence in the Best One-Time Event Category (2016)
Texas Association of Municipal Information Officers awarded the City of Georgetown this prize for our â€œ50 Years of the Libraryâ€ campaign.

Arts and Culture Award (2016)
The Chisholm Trail Communities Foundation awarded this prize to the library during their Fast Pitch Event.

Presidents Award for Best Public Improvement (2014)
The Texas Downtown Association awarded this prize to the City of Georgetown for the creation of the Georgetown Art Center.

TAMI Award in the Website Category (2008)
Awarded by the Texas Association of Municipal Information Officers to the City of Georgetown under the website category, for a population less than 75,000.